The store will not work correctly in the case when cookies are disabled.
Menú
Cuenta 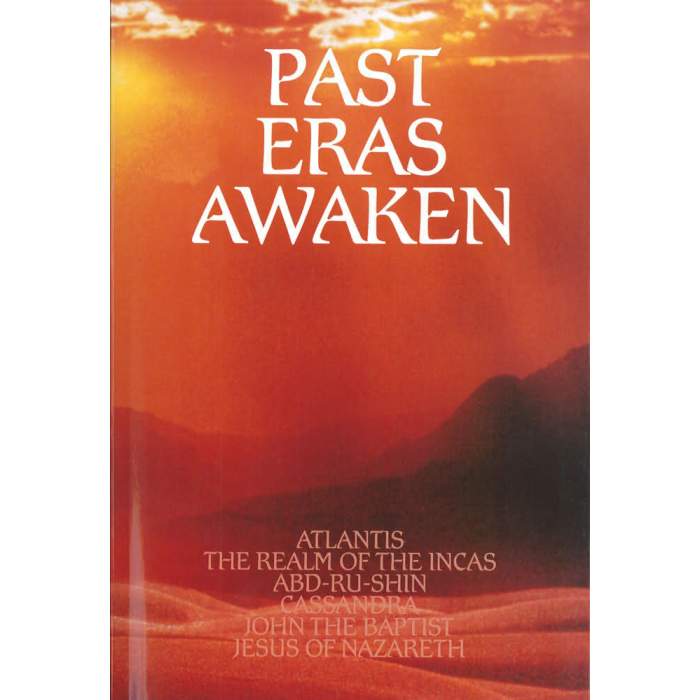 Volume II tells of the much-debated, legendary Atlantis, and then leads on to the Incas, and their vast realm in Central and South America - how they attained a level of supremacy in human existence, politically, economically and artistically, which is rare in the history of the peoples. This is followed by: the first early fulfillment from out of the Light in Abd-ru-shin, his youth and maturing in the Realm of the Ismanites and his life in the Realm of the Is-Ra - the life of Cassandra, her suffering and her untiring help for the people of Troy - the work of John the Baptist - the Creator's Act of Love through Jesus of Nazareth, in which, in the objective, poetically beautiful language of the book , the reader experiences the youth of the Son of God and His recognition: "I Am He".

The Realm of the Incas

Peru, the great empire, once stretched from ocean to ocean. What you now call Peru is a deplorable vestige hardly worth mentioning. The Indios inhabiting it today, inasmuch as foreigners have not settled there, are descended from the lowliest of our sons.

Until recently it appeared to me that the race of the People of the Sun had been as if obliterated. But now I know that one day the people of the Incas will be restored to greatness and happiness on earth.

Far more of their descendants than we had dared to hope are alive today. They have kept themselves pure, free of vice.

When the Kingdom of Light is established on earth, the Realm of the Incas will also be revived, and the Incas will not be the least of the servants of the Light.

Our ancient sacred Temple, which we once built at the Behest of the Most High, and which at His Command was later submerged in order to protect it from impure hands, will also be permitted to rise again.

Flooded by the animistic beings, it lies buried deep under the waters of the lake. Snow-capped, craggy mountains are still reflected in its clear surface, but for centuries now the animistic beings have been at work here, to prepare everything for the day when a great quake will transform the earth.

They have ensured that the waters will drain away and that the golden Temple of the Incas, which they hid from covetous eyes, can return once more to the light of day.

All the splendour and beauty has been preserved under the protective waters. The great golden solar disc, the image of our “Great Mother”, will rise up.

A promise has been handed down from generation to generation. It says:

“And the time will come when misery and lamentation will cease. You will be guided by the Dove that will descend in purity from Heaven.”

At one time we knew that this was to be understood literally, but our people did as you have done: they cavilled about the words until their meaning was lost. Thus they are now mistakenly awaiting a female ruler to free them from their lowly state, and to restore the Realm of the Incas to its age-old, proud glory.

Ours is an ancient culture. More than six thousand years ago by your reckoning, the land you call South America was like the Garden of Paradise. Man and beast lived in friendship. Forests and streams revealed their secrets to men. Animistic beings were their teachers and friends. Every blossom spoke to them of the Goodness of God, every downpour proclaimed His Omnipotence, every thunderstorm warned them of His Wrath.

Human beings lived their lives intimately connected with Nature. They knew the stars in the firmament. The sun and moon were their familiar symbols of time, and since they perceived intuitively that the rays of the sun bestowed strength upon them, made fruits ripen and kindled their fires – in short, that the sun was the dispenser of life – they called themselves “People of the Sun” and gratefully revered the sun like a mother.

Everywhere they displayed the image of the sun, above all on and in the temples. But they never worshipped it. Our people have always worshipped God, the Supreme One! The People of the Sun spoke to their “Great Mother” as they did to animals and plants, and they sang songs in her praise.

Later the conquerors said that the Incas were sun-worshippers. That we never were. The white conquerors were simply unable to understand our love for the great Golden Mother, since they were not close to Nature as we were, and they did not know us at all. We lived in and with Nature, in its Laws. It was so wonderfully simple and natural, for at that time human beings were still pure.

Just as they felt at one with Nature, so they also perceived intuitively their connection with God, and gratitude for all the good experienced by them each day anew flowed freely and naturally from their lips.

They had no need to beg for anything; this came only much later. When human beings think that they must beg God for something, they are no longer on proper terms with Him.

God is invisible, but in those days the leaders of the animistic beings were visible to them, and worthy of their veneration; to them they turned with many petitions, for they were the examples and teachers to human beings who lived a pure life.

How I like to dwell on those distant times when human beings hardly knew of sin! I am filled with unspeakable sadness when I remember those bygone days! But the future now stands before me once more in a clear light.